DONATE NOW
Be a Hero! 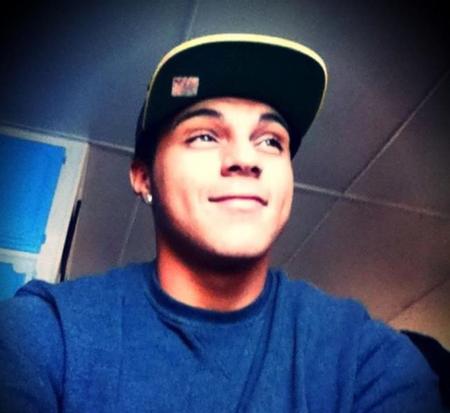 "Roy's Dream” is a scholarship award designed to honor the memory and the spirit that Roy Anthony Rodriguez once carried & to reward young teens that embody that same spirit.

Roy was a young man that I met when he was just sixteen or seventeen years old and going to MGM High School in Vista California. MGM High School is a continuation school that host many young adults facing adversity. The core common issue that leads to teens becoming students at schools like this, is often broken families.
Roy and I instantly connected on that level. And even more we connected on a deeper level, in which I noticed in Roy almost immediately.
A lot of teens the teens at the school had similar challenges as Roy did. But what made Roy different was his smile, Roy was special. Despite all the challenges he had to face, he always carried himself with a certain degree of happiness and joy. He was always smiling and always spoke in a hopeful and positive manner. Roy and I had something in common, we both knew a secret. Roy knew and understood that the secrete to being happy, was simply a choice. That despite his inner struggles and life challenges, he had the power to lead and live a better life and to be happy, simply by choosing to.

I hope that the memory, stories and testimonies of Roy, from his friends and loved ones, can inspire other young men and women to have and carry the same spirit that Roy did.
Roy’s positive attitude and hopeful outlook was so powerful and inspired so many.
Roy made a huge impact on the very creation and ideas for me, that later lead to what is now known today, as Project H.E.R.O. (Helping Everyone to Reach & Overcome).

At MGM High School, I coached the flag football team and M.M.A. (Mixed Martial Arts) team for two years, this is how I met Roy. He quickly became the head quarterback for the football team and won his M.M.A. match, that we held at the end of the school year.
At that time, I was coaching at these types of schools and working with kids like Roy, but Project HERO wasn’t in existence yet. Little did Roy know, how much of an impact he had on me.

Many of the kids at these schools were troubled, and I could see and feel their pains. I too was a product of very young teenage parents. My mother became addicted to drugs, and my father was very absent for a large portion of my life. I spent my childhood divided and confused on beliefs and values as I was bounced from mom to dad, to grandma, to grandpa, back to mom, back to dad and so forth, and of course the step moms and step dads and countless boyfriends and girlfriends.
So I could see and feel each one these kids pains, I could see all of their emotions written on their sleeves, no matter how hard they tried not too show it.
And so I wondered, what was it about Roy, what was it about myself, what was it that allowed us to carry ourselves with so much happiness and such a high sense of gratitude in such a world that was so cold to us.
And how could I take that feeling, bottle it up and give it to everyone of these kids going though the same thing. I thought to myself how could I help everyone.

And so it began, the Project HERO concept was born.
Project HERO was created and designed to help teach others the secret that Roy and I knew, this secret is described perfectly in our Vision Statement, it reads as follows

OUR VISION:
TO CHANGE LIVES BY RECONSTRUCTING THE MIND OF OUR YOUTH: "RE-TEACHING THAT "PAIN IS SIMPLY GAIN; THAT STRUGGLE IS SIMPLY PROGRESS AND THAT PROBLEMS ARE SIMPLY OPPORTUNITIES DISGUISED.”

The main goal was to establish a huge 5 day interactive camp that would inspire and motivate this particular category of teens to reach for their goals and dreams, and to have a “never quit” attitude, to turn all of their struggles and pains into fuel for success. Today that camp is coming to life in a camp we call, "CAMP 360". In addition Project HERO provides a number of after school programs, internship programs and leadership programs throughout southern and northern California, and now, we bring you, Roy’s Dream.

Roy's Dream is a Student Scholarship Award, rewarded to students of MGM High School at the end of each school year. The award recipient will be determined by myself and the faculty of MGM High School. It will go to a student that embodies the same spirit as Roy, a young man or woman going through extraordinary challenges with an extraordinary smile and sense of joy and hope.

Each year, I would like one of the members of Roy's family to present the scholarship award to the receiving student, and in time, as Danica gets older, I would like for her to present the award so that she can see for herself, how great of an impact her father had and how he is still continuing to help others. I hope that this scholarship becomes an inspiration of hope for the students that strive to earn it, and to all the people who were involved in Roy's life, and to his daughter Danica, so that it may lead her to a future full of hope, love, joy and and a great tribute to her amazing father.